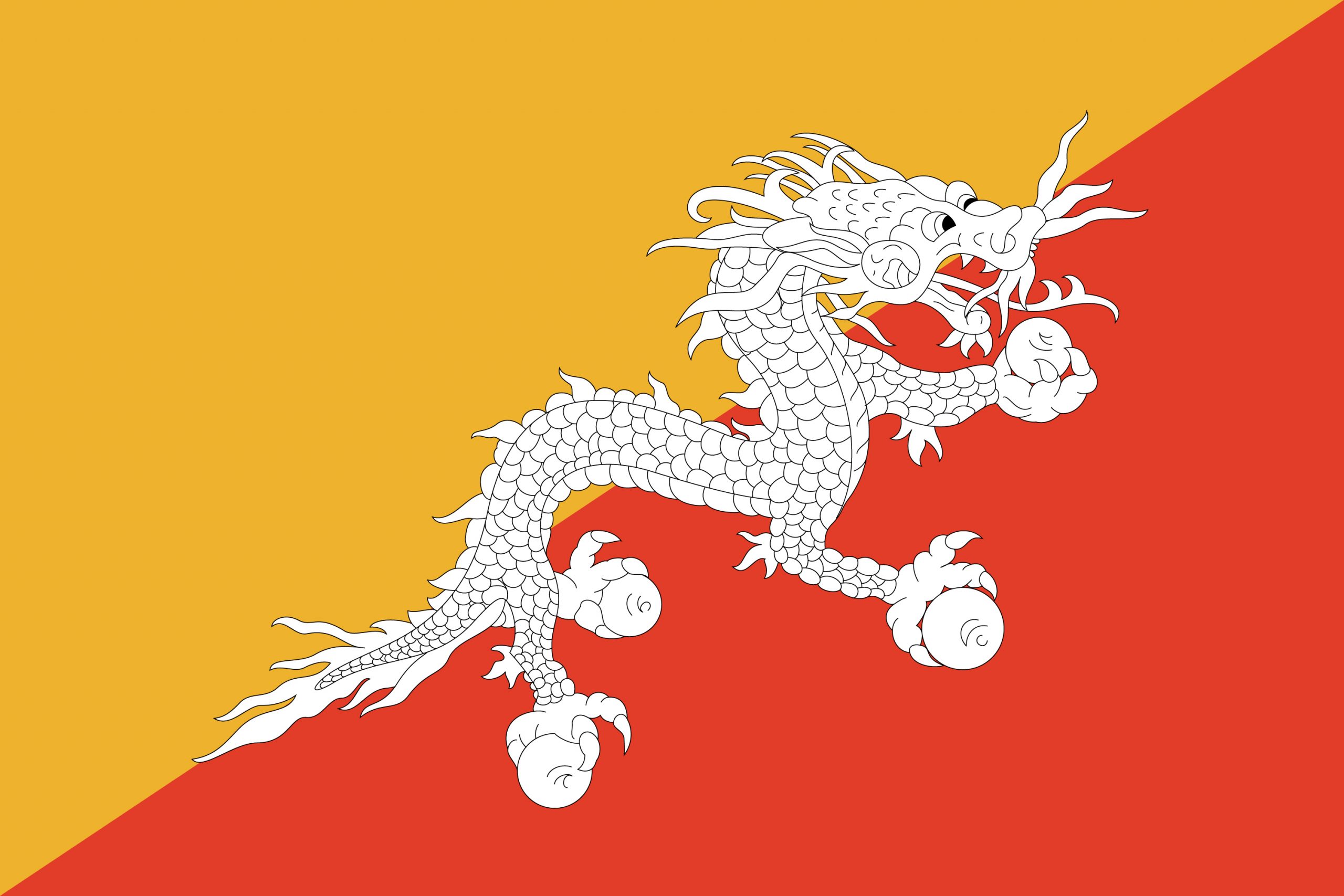 Countryflags.com offers a large collection of images of the Bhutanese flag. Our collection consists of vector files (EPS, AI, PDF, and SVG), images (JPG, PNG), wallpapers (all common formats for display, mobile and tablet) and an extensive collection of icons of the Flag of Bhutan. The images are of high quality. 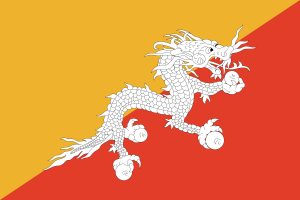 The Bhutanese flag is the flag of the country named Bhutan. Bhutan is located in continental Asia. Bhutan has 2 neighbouring countries. The total length of land borders of Bhutan is 668 mi/ 1 075 km. Bhutan border neighbours and border lengths are: People's Republic of China: 470 km, India: 605 km.

758 288 people are living in Bhutan, a country stretching over 14 824 sq mi/ 38 394 km² (0% water). The population density in Bhutan is of 51 per sq mi/ 20 people per km². The official language of Bhutan is Dzongkha. The capital city of Bhutan is Thimphu. Bhutan is a Unitary parliamentary constitutional monarchy. 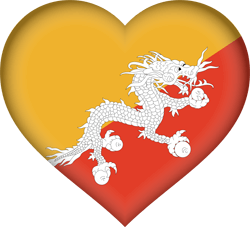 Flag of India
Continents
Downloads
U.S. States Downloads
Countries of the World
We use cookies to ensure that we give you the best experience on our website. If you continue to use this site we will assume that you are happy with it. Privacy policyOk