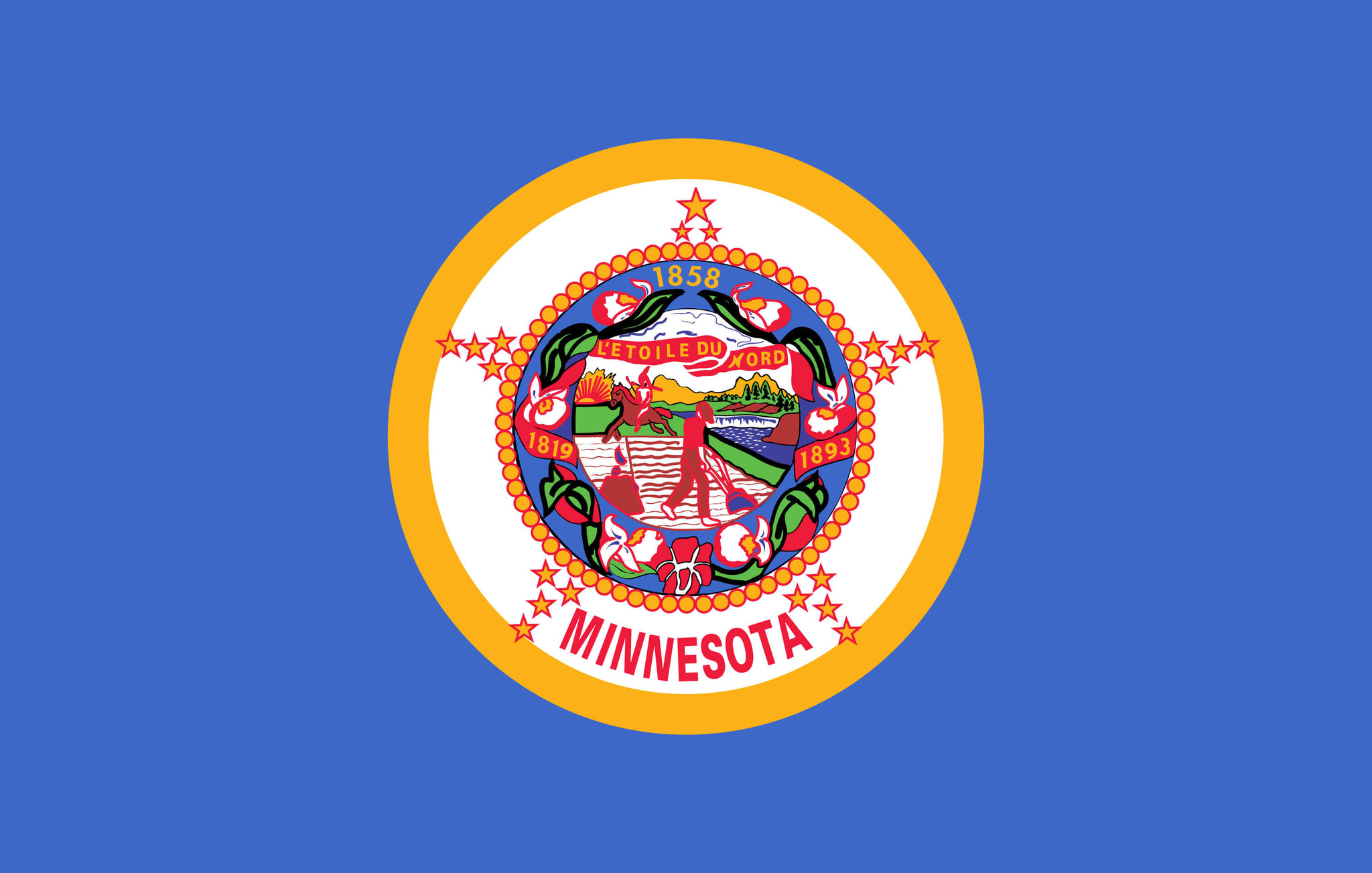 The Minnesota flag is a flag with the seal of Minnesota on a royal blue background. The seal is surrounded by the stately flower. It is surrounded by a yellow-white-yellow border with the name of the state and nineteen stars. The colors of the flag are blue, yellow and white. The flag of Minnesota was adopted in 1983. The first use of the current design was in 1957. The last change to the current design of the Minnesota flag was in 1983.

Countryflags.com offers a large collection of images of the Minnesota flag. Our collection includes vector files (EPS, AI, PDF and SVG), images (JPG, PNG), backgrounds (all common sizes of wallpapers for screen, mobile and tablet) and an extensive collection of Minnesota flag icons. The images are of high quality and can be used free of charge.

5,303,925 people live in Minnesota, a state with an area of 225,163 km² (8.4% water). The population density in Minnesota is 24 inhabitants per km². The official languages in Minnesota are English and Swedish. The capital of Minnesota is Saint Paul. Minnesota is divided into executive, judicial and legislative departments. 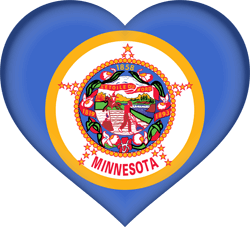